Written by DJ KAMAYO Here are 10 great wedding first dance songs to choose from. I've personally used these at weddings all over Los Angeles & San Diego the past few years. This list features some classic songs that have stood the test of time as well as more recent songs from the past 10 years. The first dance song is usually the most important song at a wedding reception and the song couples will choose first when putting together their wedding music playlist. It's the firs

Hey everyone, it's me DJ Kamayo here with another music tips blog post. So you've just said your "I Do's" and it's time for you to both walk back down the aisle. You also just kissed so magic & love is in the air. Now you need a song to set the tone after the officiant pronounces you two. Here are some great songs to choose from for the ceremony exit, also known as the recessional: (in no particular order) 1. Bruno Mars - "Marry You" This is probably the exit song I've used 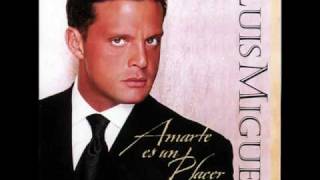 Are you planning an upcoming Spanish/Latin/Bilingual wedding? Looking for some amazing Spanish first dance songs? Well then you've come to the right place. These 5 Spanish First Dance songs were handpicked our very own DJ Kryptonite (The Best Los Angeles Bilingual DJ). You can't go wrong with any of these latin wedding first dance songs. Here we go (in no particular order): Luis Miguel - "Somos Novios" This song was originally released back in 2001 on his album Segundo Roman

The Best Wedding Dance Song of 2016

The Best Wedding Dance Song of 2016 As an experienced wedding DJ, I always want to know what will be the next big hit song to play at weddings. Sometimes a hit song takes time before everyone knows about it and other times a song will be become a phenomenon overnight. Last year the most popular wedding dance song (for me at least) was "Uptown Funk" by Mark Ronson and Bruno Mars. This year the crown for best wedding dance song goes to the one and only Justin Timberlake and

5 of the Best Frank Sinatra songs for Weddings

Frank Sinatra was one of the most popular entertainers of the 20th century, forging a career as an award-winning singer and film actor. Before I get into my 5 favorite songs by the legendary Frank Sinatra, please read his bio. Synopsis Born in Hoboken, New Jersey, on December 12, 1915, Frank Sinatra rose to fame singing big band numbers. In the '40s and '50s, he had a dazzling array of hit songs and albums and went on to appear in dozens of films, winning a supporting actor O

Tips on Wedding Ceremony Music One of the most important moments of a wedding, if not the most important, is the wedding ceremony. The time when your friends and family gather to witness the coming together of two amazing people. It can also be one of the most nervous and anxious moments in your life. Typically a wedding ceremony goes like this: 1. Guests arrive and take their seats. 2. Music begins to play as the officiant, groom, bridal party, bride walk down. 3. Officiant